The Breed – Experience The Smoothest Ride! 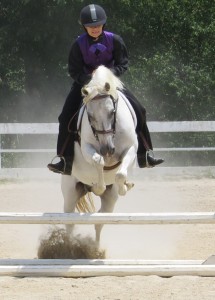 Athletic, Beautiful, and Easy to Ride

Paso Finos reflect their Spanish heritage in their beauty, strength, and proud carriage. Their natural gait can be seen from birth and results in a ride of unequalled comfort and smoothness. Come on out and give one a try!

The Paso Fino horse, an ancient Spanish breed whose ancestors were brought to the New World by Christopher Columbus, is known for its very smooth gait. Paso Finos have an evenly spaced gait that results in an extremely comfortable ride.

Their smooth ride has made the Paso Fino a popular mount for endurance riding and working cattle. They are a very versatile breed used for barrel racing, team penning, pole bending, and trail riding. They tend to be easy keepers, have a wonderful temperament, and enjoy the company of people. Paso Finos are often a great choice for people with back, knee, or other conditions who otherwise may not be able to ride.

The Paso Fino’s unique gaits mean much more than a comfortable ride to some. Many people who were told they could never ride a horse again because of injury or adverse health have found they can ride Paso Finos. 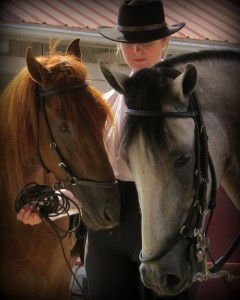 About the Paso Fino Horse

As the first horses introduced to the Americas, the ancestors of the Paso Fino were brought to the New World by the Conquistadors, where they served as foundation stock for remount stations across South and Central America. Descendants of the Pura Raza Española (the “Pure Spanish Horse,” known in America as the Andalusian), the Barb, and the now-extinct Spanish Jennet, Paso Finos are among some of the most beautiful and intelligent horses in the world. With their graceful arched necks, flowing manes and large, soft eyes, these horses will truly steal your heart.

Paso Finos were used as plantation and ranch horses in Puerto Rico, Colombia, and other Latin American countries, to be ridden comfortably for hours at a time without tiring. Paso Finos can walk, canter, and gallop as other horses do, but their preferred way of going is their own four-beat lateral gait. The evenly spaced pattern is evident from birth and does not have to be taught to the horse, although training can refine and enhance it for the show ring.

As a breed, the Paso Fino was virtually unknown in the United States until American servicemen, stationed in Puerto Rico during World War II, discovered and began importing these beautiful and intelligent animals. Seven decades later, Paso Finos have increased in numbers here and around the world, competing at the local, regional, national, and international levels and winning more fans along the way.